Each graffiti artist has his or her own unique style so feel free to use this lesson as an example or guide to expressing your own creativity.

Now let's get started with the "Graffiti Letters" drawing lesson.

Graffiti Drawing Tutorial Part 1:
To begin this demonstration, I have superimposed the final product on a brick background and will then build each letter over the ghosted image. The word we ar working with is SPAZZ. 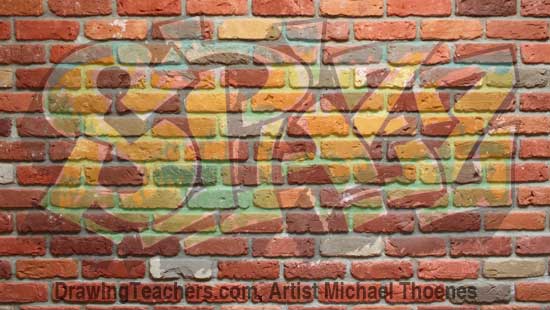 Graffiti Drawing Tutorial Part 2:
Begin by forming the shape of the letter "S" The unique graffiti style elements of this letter shape are the way the beginning and end of the letter are distorted to overlap the center of the "S". The bottom of the letter also has an extra extension which helps the "S" to mirror the slope of the final "Z" in "SPAZZ." It is helpful to lightly sketch out your design and work out the letters and how they overlap. The more letters you write, the bigger your memory library gets. 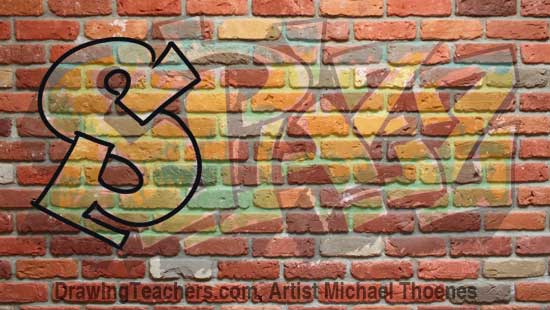 Graffiti Drawing Tutorial Part 3:
The next letter is the "P" and it comes out from behind the "S". I have broken the letter into two parts. Both the top and bottom of the letter have extensions. 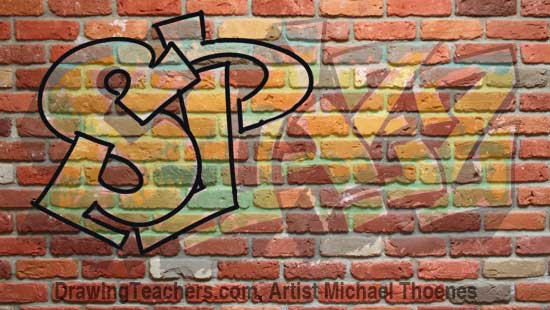 Draw Graffiti Tutorial Part 4:
The letter "A" is also broken into two parts. The right side as extension and the lower left has a split. Breaking a letter into parts adds style to your letters. . Notice how the curve of the top pf the "P" slopes into the curve of the "A". This helps to connect the letters in the design. 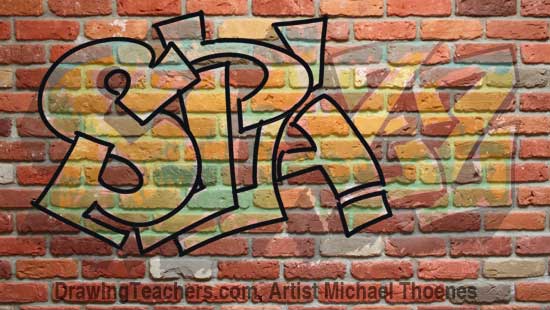 Graffiti Drawing Tutorial Part 5:
The first of the two "Z's" has the the top and tail tucking behind the center of the letter. The lower part has a split. 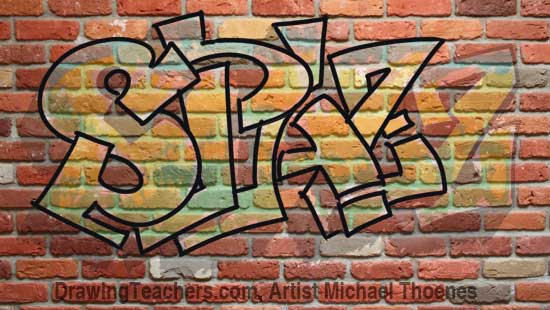 Draw Graffiti Tutorial Part 6:
For the final "Z", I chose to have the top overlap the center and the bottom tuck behind. Ultimately I wish I had made the final "Z" lager to better balance the "S" but that is all part of the learning process. AS you experiment with your graffiti letter writing you will revise your designs many times. Keep experimenting and improving. 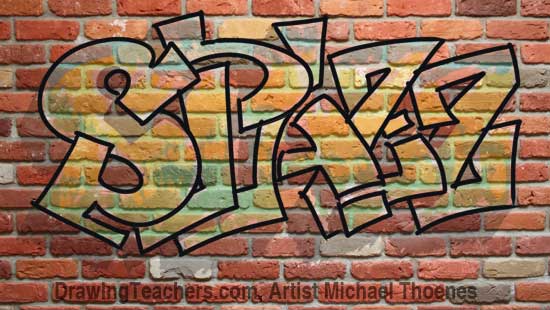 Graffiti Drawing Tutorial Part 7:
The 3D side of these graffiti letters will fall to the lower left, so I have drawn angled lines to define the edges of the 3D letters. 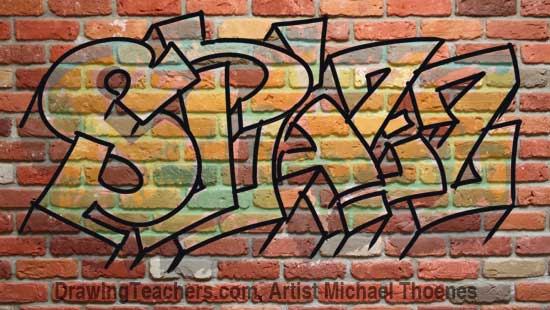 Graffiti Drawing Tutorial Part 8:
Rather than define a hard back edge to the letters, I chose to leave it sketchy and jagged as if it was painted loosely and in a hurry. 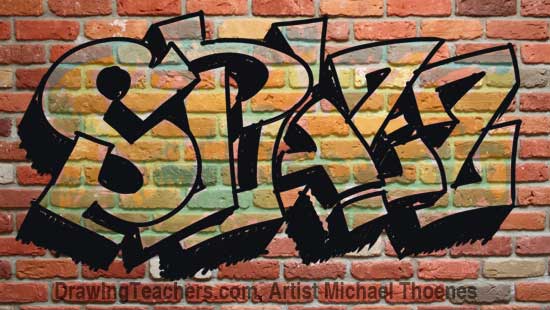 Graffiti Drawing Tutorial Part 9:
Color your graffiti with vivid colors to make it pop off the background. I have used bight blues, yellows and green with spots of purple to paint these graffiti letters. 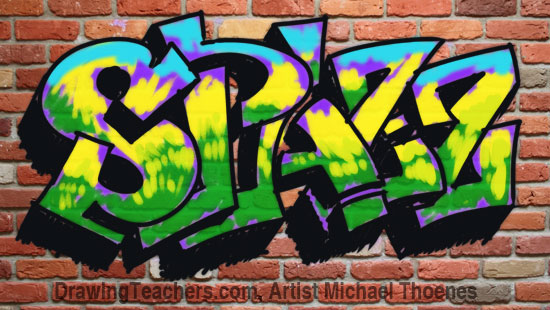 Photos of Graffiti at Graffhead.com

Return to How to Draw Graffiti Letters